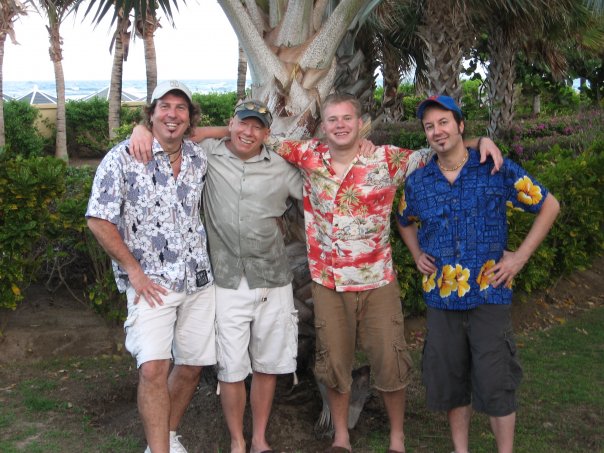 Jimmy and the Parrots @ Vanderbilts, NJ 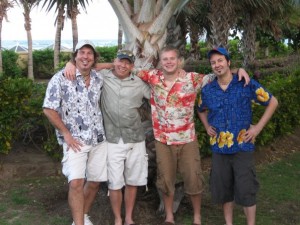 For those of you who are unfamiliar with the name, these guys have a reputation for being the BEST Jimmy Buffett tribute band around. Not that I have suddenly become a “Parrothead”, or whatever fans of Jimmy Buffett care to call themselves, but I have previously come across the guys in the rhythm section. Lance Hyland Stark and Hal B. Selzer frequently work together with people like Gary U.S. Bonds; they are also well known within the New Jersey music scene for their high quality production work.

So how was the show for me?

Actually, it was a lot of fun to watch.

Surrounding the makeshift stage area in the garden of Vanderbilt’s bar, were masses of colourful bedding plants that set the scene perfectly for the Caribbean-beach-party feel of this show. Without a doubt these guys are really accomplished at what they do and are more than capable of delivering a great performance. However, the element that came across most to me was the genuine enjoyment they got from playing.

The sets included songs from the band’s new CD, Better Than New, as well as a variety of material from the likes of Jimmy Buffett, The Monkeys and Van Morrison to name but some of what I can remember. Wipeout gave Lance an opportunity to strut his stuff dispelling any thoughts about drummers just “sitting there”!

Better Than New is an excellent chance to hear some of the material that has helped these guys become the hugely successful act their reputation has earned them. As you might expect, a Jimmy Buffett influence is apparent; but all of the songs are original work mainly written by Jimmy Maraventano Sr. with credits also going to the other guys in the band as well as to Richard Maraventano who, one assumes, is related in some way to the Jimmys.

All the details regarding bios, dates, CD availability etc. can be found at: www.yeamon.com

And hey… if you get a chance to see Jimmy & the Parrots? My prediction is that you’ll come away with the melodic hooks from their songs fixed firmly inside your head!