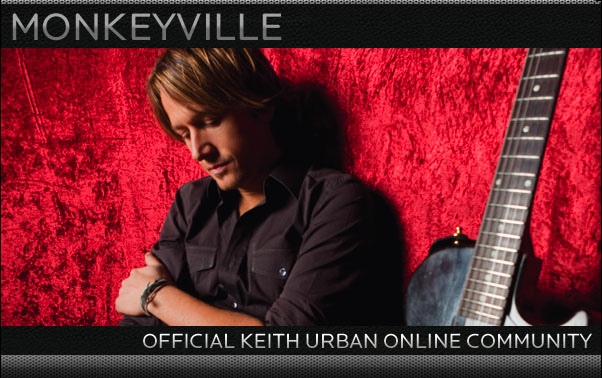 Yes, big time WOW… that was the word that was buzzing round my head as I left the Grünspan club in Hamburg after seeing Keith Urban and his band perform there.

Now, please excuse me as I clear my throat here and confess to having only very recently become aware of Keith Urban’s incredible musical talents thanks totally to hearing tracks from his new CD, Days Go By on BFBS Radio 2.

Clearly the proverbial seed had been sown because, shortly after that, I came across a Website that featured some of Keith’s videos one of which was for Making Memories Of Us and, it quite literally stopped me in my tracks as the a-ha light came on in my head and I recognised “who” I was listening to. By the end of the song I was already on www.keithurban.net looking for tour info and woulddyabelieveit… there were details of a European tour that was coming relatively close to Hannover – Hamburg is only an hour away so that counts as “close”! Upon further investigation, it looked like I had missed the boat as far as getting a ticket was concerned because – good news for Keith, bad news for me – the tour had already sold out.

OK, so that was the point I decided to venture into the somewhat daunting world of eBay in the hope of finding a ticket and yep, I got lucky! Not only did I purchase the tickets for less than face value but the girl who sold them to me made this a totally stress-free experience and we’ve traded some chatty e-mails since.

During the course of my online investigations, I discovered the release of a DVD called Livin’ Right Now which I subsequently bought and which turned out to be a great appetizer for what was going to happen in Hamburg.

I also did some research into Keith Urban’s background and discovered that he was actually born in New Zealand but moved to Australia when he was 2 years old and has been playing guitar since he was 6. He lists Glen Campbell and John Mellencamp as having influenced his musical direction, he toured with Bryan Adams this summer in the UK which included a gig at Earl’s Court and whoa… yeah, has even appeared on the front cover of Playgirl! 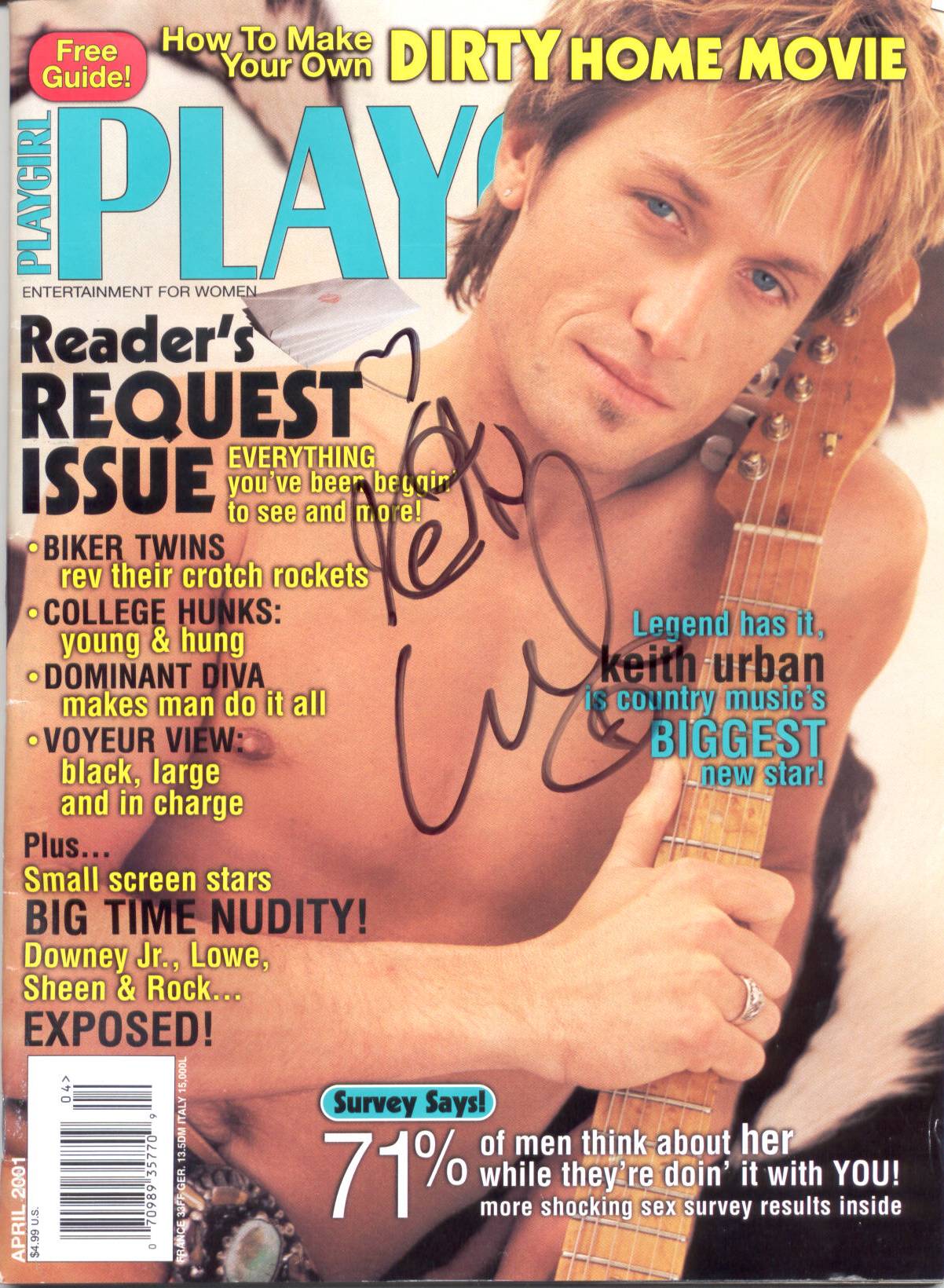 Furthermore, if you happen to live in the US, you’ll hear Keith singing a rendition of Billy Thorpe’s, Most People I Know (Think That I’m Crazy) that is featured in the current GAP adverts – apparently the first and only commercial audio release of this song is on the Livin’ Right Now DVD.

So, when I sit down and actually think about antipodean musicians that have impressed me along the way, names that spring to mind include the late sex-on-legs icon, Michael Hutchence and his band INXS as well as the Finn brothers and Crocodile Dundee fallout, Mental As Anything to name but a couple of examples. Oddly enough, INXS and Crowded House were featured on the pre-show sound tape at the Grünspan, as was Glen Campbell.

So what was it about Keith Urban that caught my attention?

Initially, it was the sound… a sound that seemed to hit the spot where country meets rock.

Then I watched the DVD and saw a performer who quite literally had the audience captivated from the opening notes of his first song. By now I was convinced this was someone I had to see.

And so to Hamburg!

As far as the venue is concerned, the Grünspan is a really great place to see live music and just next door to the legendary, Große Freiheit 36.

I was standing in the centre of the front row of the balcony which was about 20 “rows” away from the stage – if you can imagine people standing one behind the other rather than rows of seats that’ll give you an idea of the size of the place. Also, if you can imagine Keith kneeling down at the edge of the stage, he was literally within touching distance of the fans who were in the “front row” even though there was a barrier between the audience and the stage… close enough even for some lucky fans to have guitar picks quite literally placed into their hands!

The band took the stage backed by the Beatles Hello/Goodbye, appropriated by the fact that the Star Club, together with its black marble commemorative plaque to the Beatles, is virtually across the street from the Grünspan.

The show kicked off with a blistering Days Go By and basically, the next two hours vapourised as the band ran through an electrifying set which included the following songs – can’t swear to the order but I think it’s more or less right:

Pretty much throughout the show, a cine film was projected onto a backdrop screen at the rear of the stage. It was mostly clips from Keith’s videos but it also included a series of pictures of a very cute, blond little boy playing a guitar several sizes bigger than he was at the time which I’d guesstimate at 6 or 7, then continuing through to his teenage years and beyond… a very enlightening journey into the different stages of Keith Urban’s musical career as well as seeing all the different fashions and styles along the way.

Cover snippets included Jolene (Dolly Parton), I Hear You Knocking (Dave Edmunds) and Beautiful Day (U2). In addition, the band played Jeans On and this was accompanied by footage of some very talented line-dancing girls in tight-fitting blue jeans who boogied, scuffed, slid, stomped, shimmied, strutted, span, swayed, flicked and kicked their way through this song that was made popular by David Dundas back when lo-cuts were a thing of the future!

Other highlights included a song by the band ohne Keith as well as an acoustic version of a song called Homespun Love which Keith recorded with his band, The Ranch, prior to the launch of his solo career.

So yeah… now I’ve had a little time to reflect on the show, it’s a bit like a good bottle of red wine and it’s getting better the more I think about it!

As for Keith’s talents as a musician and performer… well, yes… I could very easily compare him to other musicians whose careers I have been following through the years but I kinda feel that wouldn’t be fair because… what I saw in Hamburg, was someone who is very much a musician in his own right… with his own amazing style of performing and his own dazzling guitar skills as well as an incredible ability to sing his songs the way they were originally written.  Judging by way Keith Urban’s husky, vocal prowess breathes sincerity into every single word he sings, I’d say the songs come straight from his heart and I’m so very glad to have had a chance to see him perform in such an intimate setting as the Grünspan because it’s my guess Keith Urban’s popularity has already secured him a place far and beyond the small club scene here in Germany.

Altogether, this was one of these dream gigs in so many ways and talking of which, my dream guitar duel? Hmmm… what about Keith Urban vs. Bobby Bandiera… or even Bruce Springsteen… oh yeah… how cool would that be?!